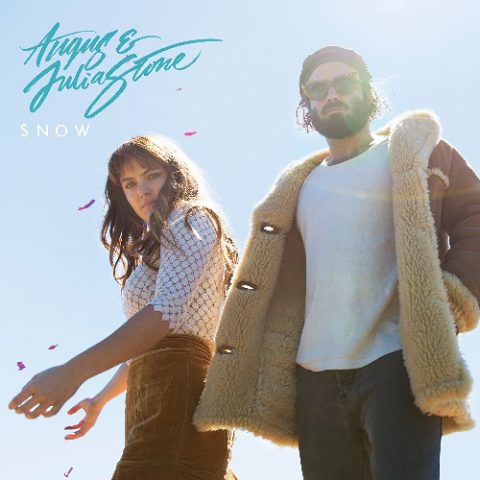 Australian music is a big deal today – but before King Gizzard had even met the Lizard Wizard, siblings Angus and Julia Stone were making waves with their sensitive, honest indie-pop.

After time apart, they reunited for 2014’s self-titled album, produced by Rick Rubin, which hit No 1 in Australia and the Top 10 across a host of European countries. In order to recapture the experimental textures of that record on their fourth album, Snow, however, the duo retreated to Angus’ home studio in his cottage in Byron Bay.

It’s a quietly subversive set of songs, referencing Mazzy Star with its gritty electric guitars, light drums and Julia Stone’s girlish, keening vocals. “I can get fucked up on absolutely anything,” admits Angus on the opening title track, before Julia interjects, “I sweep you off your feet when you will fall apart.” The way they swap lines throughout Snow is a delight, the words and the very different tonal qualities of their voices providing delicious juxtapositions that deepen the storytelling.

There’s a charmingly homemade, atmospheric feel to much of the album, with the dark funk of Sleep Alone enhanced by subtle synths and pitch-shifted vocals that are simultaneously eerie and seductive. Elsewhere, Oakwood recalls the melancholic pop of prime Fleetwood Mac, with added synth bubbling underneath; at seven minutes, Who Do You Think You Are is the longest track here, its plaintive melody decorated with drum machine and keys that recall Krautrock mavens Harmonia, before the song shifts into a bedroom version of LCD Soundsystem’s All My Friends.

Snow might not be a radical departure for the Stone siblings, but that’s not a problem – as they sing on Nothing Else, “I like you just the way you are.”