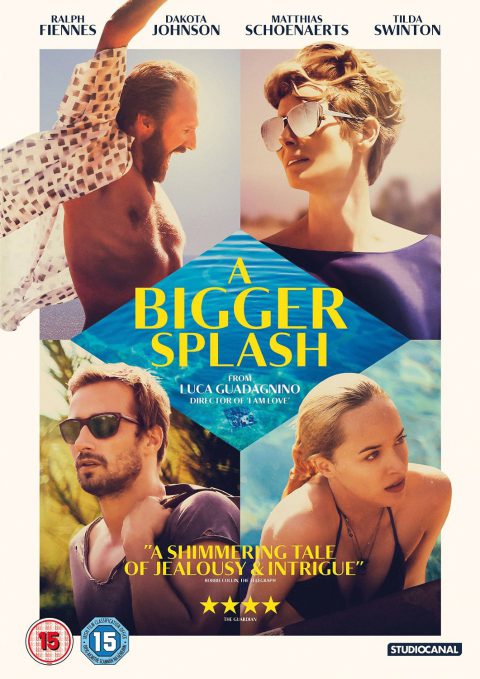 Their sunny idyll is interrupted by Harry, Marianne’s producer and former beau, who arrives unexpectedly with Penelope (Dakota Johnson), who he claims is his daughter. Harry – played with a loose abandon by Ralph Fiennes – is an avuncular presence, full of tales about his time working with the Stones. In one of the film’s most memorable sequences, Harry concocts a hilarious, Jagger-style dance routine to “Emotional Rescue”. But despite his endearingly ramshackle charm, Harry still harbors feelings for Marianne and as Guadagnino’s film unfolds in the parched Mediterranean splendor, it becomes clear there is more to his visit than just al fresco dining with friends and another marvelous yarn about Charlie Watts.