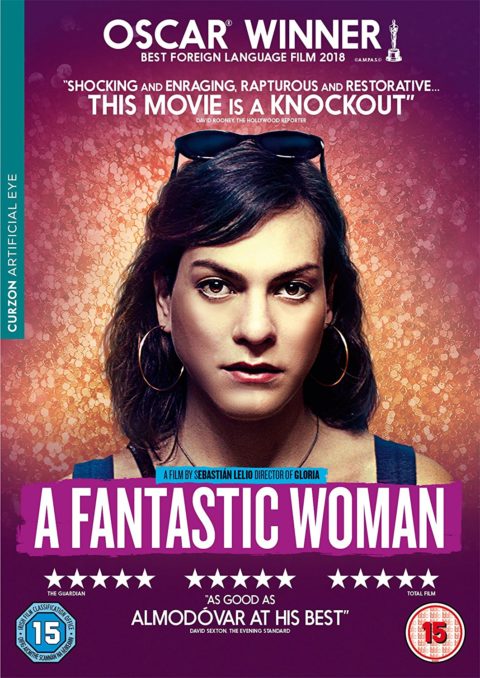 Chilean director Sebastián Lelio’s previous film, Gloria, featured a strong female protagonist determined to live her life resolutely on her own terms. His latest Oscar-winning film, meanwhile, follows another resilient lead character – Marina (newcomer Daniela Vega), a transgender singer who as the film opens is in a relationship with an older man, Orlando. Alas, tragedy strikes and soon Marina finds herself marginalised and abused from all corners. Her partner dies and Marina is exposed to the full spectrum of hostility, ranging from the emergency services to Orlando’s family – whose contempt turns, eventually, towards violence.

Lelio’s film is really about the ability of Marina to bear with dignity the unwelcome indignities she is forced to suffer – the way in which she is initially criminalised by the authorities and subsequently ostracised by Orlando’s ex-wife and son – all the while bearing the burden of grief. It is a low-level battle, fought on a daily basis, for identity and Marina’s right to exist as she chooses.

Of course, A Fantastic Woman is not the first film to feature a trans character – The World According To Garp, The Crying Game, Boys Don’t Cry, Dallas Buyers Club and The Danish Girl have all done so, with great acclaim – but those all featured cisgender actors. Lelio’s film represents a genuine breakthrough in casting a trans person in a trans role. Not only that, but Vega has enjoyed considerable acclaim and awards for her performance – Marina bears her troubles with great stoicism, and Lelio’s film celebrates her strength and spirit. In some respects, A Fantastic Woman recalls Almodovar – another Spanish-language filmmaker who celebrates female leads and sexual taboos; but ultimately Lelio’s film is very much his own. A rich and warm film, that will stay with you long after the credits have rolled.