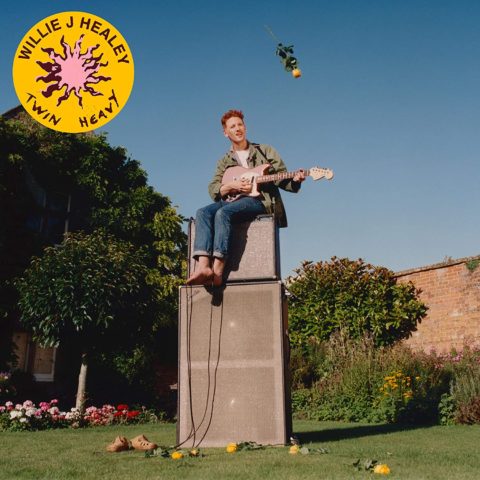 We are delighted to select Willie J. Healey’s new album Twin Heavy as this month’s Fopp Album Of The Month. We chatted to Willie about what it was like to create his second album in a very strange time to be creating music…

“Well yes it is, luckily I got to finishing the album before all of this started. I feel fortunate that things planned out that way, I’ve got friends who are just waiting to record and can’t…

The process was massively enjoyable for me. I got to travel, meet new people and make (in my opinion) my best music so far.”

Did you have a goal of how you wanted the album to move on from what you did on People and Their Dogs?

“Not really. I guess the goal for me is always to move on in some way, all of my favourite artists seem to strive for that also.”

You did the album with Loren Humphries, what did he give you as a producer?

“He gave me confidence, I mean I also learnt so much about recording and just music in general. Loren is one of those people, you are lucky if you meet someone like him once in a blue moon.

Sometimes I’d be pulling my hair out and we’d be struggling to agree on small details, but that’s what makes his recordings so magical.”

You worked quickly, getting the album done in a couple of weeks, was that by accident or design?

“It was just the reality of the situation.. Loren was touring and we were playing SXSW that year. It was a rush & at times seemed impossible but we managed to do it in the end. Who knows maybe the recordings benefited from it.”

“It’s varied, but for the most part it’s about my feelings and the world I live on when I create music. I hope people can relate to it and enjoy the songs.”

“Well they all came fairly quickly but i guess Caroline needs took awhile. It started out as a love letter!”

“Condo… I made a loop on my synth and wrote the whole thing in about 5 minutes. I messed with it for hours after but the song was already written.”

When did you decide on Twin Heavy for the album title? Were any other titles in contention?

“It just stood out to me. I like vague titles, or titles you can have your own relationship with as a fan.. Condo was in the mixing pot but felt very USA.”

This is your first album for Yala Records, having left Columbia, how have you found the transition?

“Painless and easy. Things just worked out for me, I didn’t realise at the time but my musical life could’ve gone a very different way.”

Are you able to make any live plans? Or is everything on hold?

“Well, we have planned to tour next spring. Who knows what will happen, I’m hopeful like a lot of other people are!”

“I’ve been walking and painting. At first I found it hard to write but eventually I got the hang of things again, I think I nearly have album 3 in the jam jar.”