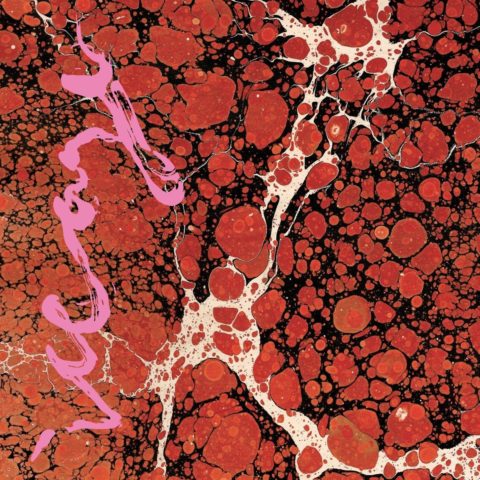 Austere, serious and violent, Iceage’s new album Beyondless might be their finest work to date, a thrilling mix of the Stones, The Stooges, The Pogues and free jazz. Tom Pinnock meets the band’s uncompromising frontman, Elias Bender Rønnenfelt, to discuss their creative process, the nature of progress and working with Sky Ferreira. “You’re always just trying to get a damn song off your hands…”

“I’ve said something before about how it’s become increasingly difficult not to write about the world,” says a jet-lagged Elias Bender Rønnenfelt. “‘Hurrah’ is about man’s integrated inclination to kill one another. You can apply that to today, but you can also apply the song to any other era since the dawn of humanity, and that’s what it’s about – recognising the atrocity of ourselves.”

Rønnenfelt’s band, Iceage, are certainly focusing on the dark side on their new album, Beyondless. A roaring, violent maelstrom of slashing guitars, horns and violins, the Copenhagen quartet’s fourth record mixes punk, classic rock and the deviant folk of the Bad Seeds and The Pogues to catalogue the horrors of love, war and the music business.

In contrast to their first three albums – 2011’s New Brigade, 2013’s You’re Nothing and 2014’s Plowing Into The Field Of Love – which came in quick succession, Beyondless had a long gestation.

“We had about a three-year period,” Rønnenfelt explains. “We just needed to step back for a bit and wait for whatever spark that got the creative urges brewing to present itself, rather than forcing some sort of watered-down version of ourselves. There were a couple of ideas that clicked with us immediately, and that just set fire to the whole writing process.”

The group all dabble in side-projects, most notably the singer’s own Marching Church, which has released two albums since the last Iceage record, but Rønnenfelt denies that the more sophisticated sound of that project had any bearing on this darker, grander new Iceage music.

“But I don’t think you can do anything anywhere without carrying it in your artistic luggage,” he says. “We’re in need of progress, in order to find interest in what we do. That’s not something that’s ever born out of a need to cater to a particular audience or wish for accessibility, but we don’t try and fight it if there’s some kind of hook, but there’s also some integral part of us that, no matter what the idea is, there’ll be some counter-point idea that tries to corrupt that. So therefore it always ends up being a catastrophe of ideas fighting each other.”

In contrast to Plowing Into The Field Of Love, which dabbled in country on “The Lord’s Favourite”, most notably, Beyondless is hard and apocalyptic in tone, using piano, strings and brass to increase the tension rather than as any kind of sweetener. Opener “Hurrah” bursts in like some mix of The Strokes and Sonic Youth, while the hip-swinging “The Day The Music Dies” is like a bastardised version of The Rolling Stones in their Exile pomp. Rønnenfelt, though – famously difficult when answering some questions – refuses to be drawn into the band’s listening habits.

“I hardly know how to pinpoint anything, because our listening habits are so eclectic. The music is always a sum of hundreds of different influences. At the time of writing and recording, we’re probably not even thinking about any references – it’s difficult to analyse what you’re doing while you’re in it.”

Similarly, the band attempt to free themselves from any rules or restrictions when they’re writing, which shows in their rapid move from the post-punk sound of New Brigade to today’s mutated, sludgy rock. “I don’t set any rules to how it’s done, you’re always just trying to get a damn song off your hands,” he says, letting out something that could be a laugh or could be exasperation with the process. “Iceage is just whatever comes from me, Johan, Dan and Jakob. Whatever we do will be Iceage, and there’s some sort of logic to it that I don’t quite understand.”

Beyondless was recorded in the Swedish city of Gothenburg, in a studio situated in an industrial park. Rønnenfelt recalls that Iceage barely went into the city itself, instead stocking up on wine and “barricading” themselves in the studio. As with their three other albums, Nis Bysted produced.

“I don’t think I’ve ever made an album that he hasn’t been involved in to some extent,” says Rønnenfelt. “He’s somebody that we built our knowledge with, and we speak the same sort of musical language, and it’s a language that has been strengthened over the years by working so damn much together. He can think outside the box in the same way we do. Having worked this much together, we can communicate almost wordlessly, because we know each other by now.”

The group were in the studio for only 10 days, but worked solidly, taking advantage of the place’s rare gear – “bursts of energy were happening on a daily basis,” as the singer recalls.

One of the highlights of their recordings is “Catch It”, which kicks off the second side of Beyondless. A slowly crawling epic, it speeds up towards its end in a cavalcade of wah-wah’d noise, with Rønnenfelt chanting the verses like he’s conducting some arcane ritual. Lyrically, the song finds him investigating rhyme and rhythm in a deeper way than he has before.

“I write throughout the year in notebooks,” he says of his creative process, “not having any sort of songs in mind. Then when I know it’s time to make an album, and I have a batch of song ideas ready, I’ll start banging words into song lyrics.”

“Hurrah”’s line about “roaring free-jazz fireworks” is, as the singer explains, referring to “the cacophony of bombs going off”, but it also doubles as evidence of the group’s interest in jazz itself. Rønnenfelt picks out John Coltrane and Pharoah Sanders as favourites, but the influence of revolutionary ’60s jazz can be heard throughout Beyondless, reminiscent of Nation Of Ulysses’ work almost 30 years ago. Practically the first sound heard on the album is a sax, while the closing title track dissolves into a free-jazz breakdown as it staggers to a close.

For “Pain Killer”, one of the most immediate tracks on the album, Iceage enlisted Sky Ferreira to add vocals to its horn-heavy groove. “We were in the finishing stages of writing,” says Rønnenfelt, “and it just hit me that that song would benefit tremendously from having another voice in there. And I thought of her, I asked her, and she was into doing it. Her presence in that song added something that I can’t imagine the song without now.”

When we suggest that the track appears to be something of an anti-love song, or indeed ask about the thoughts behind any of Beyondless’ songs, Rønnenfelt quickly deflects the question. “You can interpret it like that, but I’d rather not comment too much about anybody’s interpretation, it might take away from it.”

Packaged in a beautiful marbled sleeve – “probably the thing in the history of the band that we argued the most about,” says Rønnenfelt – Beyondless finally finds Iceage delivering on their early promise. For their live shows, they’ve added a saxophone player and a violinist/pianist to the lineup, and are even rearranging a few of their older songs, in an attempt to “breathe new life into that material”. The group feel like an outfit at the peak of their powers, supremely confident in their own abilities and their direction, with their music a perfect mix of Neanderthal aggression and sophisticated, intellectual curiosity.

“You’re gradually always trying to see some idea of what you can get away with, and that idea might shift over time. One idea executed might be a leap to the next one. That’s what you might call progress, I guess.”