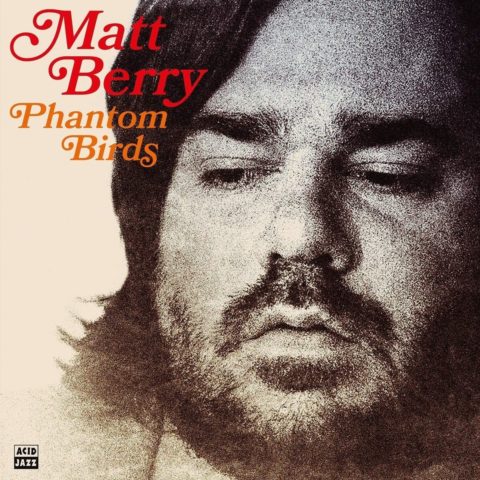 We are delighted to select star of stage and screen as well as folk virtuoso Matt Berry and his new album Phantom Birds as this month’s Fopp Album Of The Month.

When was Phantom Birds written and recorded? You’re obviously busy with TV commitments, do you write songs in the evenings and in downtime? Or is it time off between projects?

“For this album, I started the demos last summer, which is why there is a theme running through the album concerning the summer and its many moons. I write when I have an idea which could be during filming or if I’ve got a guitar in my hand.”

How did you want the album to move on from what you’ve done in the past?

“I wanted to simplify everything, by that I mean cut down on what’s being recorded, with the hope that the less that you record the more that comes out the speaker.”

You made the album with drummer Craig Blundell and pedal steel player B J Cole, how did those collaborations come about and what did they bring to the process?

“I mentioned to my record label that I wanted a pedal steel player like BJ Cole, they thought about it and suggested asking BJ himself. Which they did and within an hour he was in.”

“Craig, I’d met at the Royal Albert Hall when I was supporting Steven Wilson, and then handily discovered that he lived around the corner from me so he was an obvious choice for the drums.”

“It’s a personal album, which simply describes things that are important to me, whether that’s a personal relationship or just things in nature. It’s not political or about the bigger picture it’s about personal things.”

“It was ‘Take A Bow’. The main reason is because the vocal and guitar solo were from the demo, and the rest of the song is from the second version. Then at the last moment we slowed it down by about 5BPM because I felt it was too quick.”

“The title track, it did that old cliché of writing itself and there’s just guitar, bass and some drums.”

When did you settle on Phantom Birds for the title? Were there any other titles in contention?

“There were some. Phantom Birds was decided quite early and then disregarded, and I went through other ideas, one of which was Something In My Eye and then went back with my first instinct.”

How have you spent your lockdown? Have you begun writing for your next project?

“I have indeed. I began pretty much straight away in March, whether that will be a side project or the next album, that is pretty much up to the label.”

And, finally, what will we see you in next on screen?

“It’ll be What We Do In The Shadows season three. Probably…”