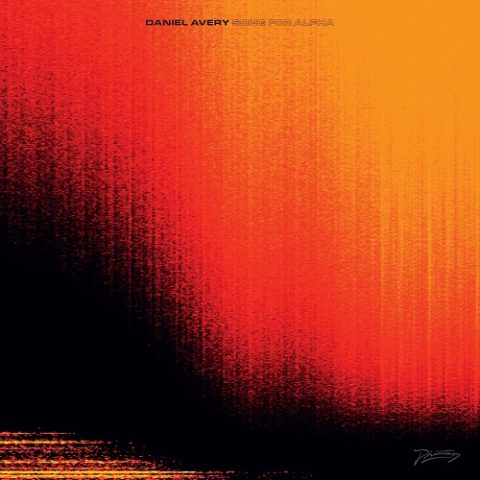 London’s global techno sensation Daniel Avery is about to release one of this century’s finest electronic records. Here, he tells Tom Pinnock about his all-night DJ sets, the utopian nature of 21st-century clubs and how he’s incorporated squeaking cranes and flowing water into his best work yet.

The latest album by a globe-trotting techno DJ isn’t often something to get excited about – but Daniel Avery’s Song For Alpha is something special. The London producer’s second album, the follow-up to 2013’s acclaimed Drone Logic, is inspired by a host of different music, from shoegaze to industrial, and deeply influenced by the flowing all-night DJ sets Avery likes to play whenever he can.

“These can be 10-hour sets,” he explains. “Something I’ve noticed is that these have been the gigs that people have responded to the most. People have been coming in from the beginning and literally lying on the floor as I play drone music for two hours. The same people will be there four hours later, and it’s an acid techno rave. I believe that Song For Alpha is a good representation of all those things coming together.”

The 14 tracks on Avery’s new album coalesce into a sublime whole, a journey into outer and inner space, right to the speaker-shaking limits of sound. Tracks such as Projector or single Slow Fade are as likely to please fans of Boards Of Canada, Mogwai or My Bloody Valentine as they are devotees of Richie Hawtin or Carl Craig; in fact, Avery reveals that he started out as a teenager not with beats, but by creating his own ambient music with a four-track and a few guitars in his bedroom.

“I’ve always been a fan of psychedelic music,” the 31-year-old says, “and to me that means any music that can really transport you somewhere else. That can be a beautiful, beguiling William Basinski record that lasts for an hour, but it can also be a Spacemen 3 record, or it could be a hypnotic techno track that feels like it could go on forever. I wanted this album to be some sort of intersection between all those things.”

It’s been five years since Drone Logic, but Avery hasn’t been slacking – in fact, he’s been DJing most weekends or on extensive tours, all the while continually creating new music. He reckons he has enough finished music to fill six or seven albums, but he stresses that he was keen to create an album that works as a long-player, not just a collection of banging singles.

“Allowing music its own space to breathe, from a creative standpoint, was crucial. I feel like I can hear that in the album now. Drone Logic was quite an urgent record, in a lot of ways, but this is far more concerned with letting things unfold in their own way. If anything, this album taught me a lot about patience in the creative process, and how bad days in the studio are just as important as good days. I’ve come to the conclusion that music ultimately finds you.”

Song For Alpha is dirtier and more distorted than the cleaner Drone Logic, yet a much subtler and more organic listen. The pounding Sensation, for instance, is driven by a wave of machine hiss, Glitter seems to mix heavenly Popol Vuh drones with metallic beats, while the meditative opener First Light fizzes with overdriven tones.

Throughout the record, too, buried amid its overlaid beats and synth arpeggios – some analogue, some digital – are a host of field recordings from Avery’s studio, located in a refurbished shipping container on the banks of the Thames. He’s been in that space for five years now, in an artistic, relaxed community that the producer clearly finds stimulating.

“My studio’s in a very secluded location in London,” he explains. “The atmosphere is inspiring and you can make noise, which is pretty rare to find in London.

“I’ve become more interested in field recordings recently – I like that fog, that mist, being over everything. There was a huge building site on my walk down to the studio for months, and they had these huge cranes which made this ghostly scream every time they turned. I recorded them one day, and they form some layers of pads on a couple of tracks. Another thing that’s throughout the record is the general sound of water, and distant sounds of aeroplanes going over. Some of them become drums, some of them are just a fog.”

In many ways, Avery appears to live a double life, packing out the world’s hippest clubs at the weekends and retreating to his quiet, relaxing space by the river the rest of the time. “The studio really acted as a counterbalance to my life at the weekend, that hectic, seemingly endless road. It was a space to breathe, and I feel like I can hear that more than any instrument on the record.

“The idea I kept returning to was the idea of patience, and tracks taking a long while to unfold, and to hopefully have enough layers to it that you find something different in it every time.”

The drums on Song For Alpha are especially strong, perhaps some of the richest produced in modern electronic music, with the echoed hats on Stereo L and Diminuendo almost orchestral in their timbres and feeling of space. Avery agrees, citing the percussion as his favourite part of the album: “Everything is fed through walls and walls of reverb,” he says, “which I think is what gives it that sonic quality.”

Once recorded, each track on Song For Alpha was honed to perfection on Avery’s DJing trips. Often, this road-testing resulted in a song being substantially altered or remixed; on Sensation, for example, Avery explains that he and collaborator Erol Alkan returned to the studio to raise the volume of the song’s swelling pads to levels that any standard engineer would balk at.

“I wanted it to capture that feeling of being in a techno club, or at a shoegaze gig, when you close your eyes and feel like the music is enveloping you. Erol said, ‘We’ve got to make the pads a lot louder’, so he literally pushed the fader up to an extreme amount. What I love about working with him is he’s always concerned with pushing sounds as hard as they possibly can go. On paper, that track is unbalanced, but I’m very happy with the finished thing.”

Ultimately, Avery’s magnum opus is an open-hearted tribute to the positive, communal feeling that he experiences at techno clubs, and to the musically open atmosphere that he increasingly sees among club-goers every week, whether it’s at the Village Underground in London, Berghain in Berlin or at establishments in Seoul or Taipei, currently the new, exciting frontiers in electronic music.

“For me the best clubs feel like a community,” he says. “It’s not about the DJ being on a stage and it being reverential – the best nights are the ones where it feels very equal and inclusive, and everyone there has a part to play in the night. With these all-night sets, you feel like you travel somewhere together. It’s not about those instant hits of gratification, it’s more about giving yourself up to the club and going with it.”

The only element of Song For Alpha that seems to engage with the mundanities of the real world comes with the title of Citizen // Nowhere, a reference to Theresa May’s controversial, much-criticised speech branding those who see themselves as “citizens of the world” as “citizens of nowhere”. Yet it turns out that this is less of a political statement, and more of a celebration of the power of this decade’s techno scene.

“I was particularly keen to use the title as I believe the world that I’m a part of is the direct opposite of that way of thinking. It’s not an overt comment on anything – instead I wanted the entire record to reflect this electronic community that I feel so strongly about.

“There’s so much negative energy flowing ’round in the world right now,” Avery adds, “but the world of electronic music and clubs is based on inclusiveness, on positivity, and on everyone including the DJ giving themselves up to a higher energy. It’s something beyond everyone.”