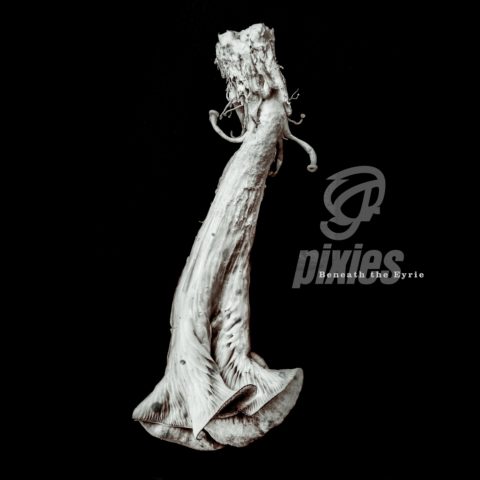 Pixies met fans and signed copies of their latest album Beneath The Eyrie at;

Beneath The Eyrie recaptures the rabid velocity, boundless invention and vivid, enveloping aesthetic of Pixies’ legendary early albums without feeling the need to recreate them. Instead the band toys with new wave, ragtime, Gallic noir, western psych, doom rock, Weezer pop and the vaudevillian cabaret they only hinted at on “Mr. Grieves.” “We can do any kind of song, it doesn’t matter if it’s reggae, ska, jazz, Europop, we can make an attempt at it,” says Dave, and the creativity in full flow now that Pixies are a solid family again is evinced by the fact that eight or nine songs from the album’s demo sessions will be released as a companion album. “There are at least two of them that I really like,” says Dave. “I wish they were on the album. One or two of them might be better than the record so it might take off!”

There they were, Pixies, out at the church with the one-armed cross, cackling into the night. Weaving music that grips like a spell, crushes like a curse.